When I was in grade school, we had a guidance counselor that would come around to each classroom and give self esteem presentations. She would talk to us with the help of a little blue whale hand puppet. We called the whale “Stanley” because she was Mrs. Stanley and because grade school kids are not always witty.

Stanley talked to us about a lot of things like the D.A.R.E. Program, Stranger Danger, our (shudder) changing bodies, and why entire futures would be doomed if we flunked our fifth grade spelling tests. One thing Stanley said to us – in the disembodied voice of Mrs. Stanley – resonated with me.

“Don’t blow my candle out to make yours burn brighter,” Stanley would say anytime one of us would pipe up in a nasty way. He said it a lot, I remember. Because, grade school kids are basically just sociopaths confined in a room together.

I like to toss this old chestnut out when I hear adults being nasty with one another because it is folksy and cute and because if a blue stuffed whale hand puppet can get away with that kind of condescension, I feel like I can do it, too.

I thought about it tonight while I was reading another blog post from another writer who felt the need to tell the world why NaNoWriMo was a bad thing. I try to keep an open mind about things and I am very genuinely curious about what writers have to say about their process. I’m not talking about those writers who stand up and say, “Hey, NaNo: Not my bag.”

I get that perfectly. It isn’t for everyone. Writers – artists in general – all follow their own path to creation. That is the sheer beauty of being an artist. We each go alone into the cave and whatever thing we walk out with is the product of our own mind and effort and inspiration. Sometimes, telling the world what doesn’t work for us is as helpful as telling the world what does work. I have no beef with you, non-NaNo writer.

The people I do have a beef with? The nay-sayers. The poo pants. The people that ridicule others because they are excited about something that sponsors creativity, literature, reading and community. I’m lookin’ at you, established (sometimes) writer who wants to talk about all the hacks out there with the balls to attempt something so hallowed and revered as writing a novel. Who are those people to try? What gives them the right?

It’s a bit like climbing Everest, isn’t it? Or, running a marathon. It gets popular and then all these people come out, thinking they are just as good as the folks who’ve dedicated their lives to the craft. The craft, I say! Who will protect the craft! It takes practice, people! It isn’t for the weak. Those of us that write for a living, do it with hard work and dedication! We learn, we practice, we fail! We are the worthy ones. You get off my mountain!

Except, of course, NaNoWriMo isn’t anything like climbing Everest or running a marathon. No one is going to die attempting to put 50,000 words down in November (unless you forget to eat. Don’t forget to eat, NaNo’ers! Water is important, too!). I’m not putting anyone’s life in danger by dedicating an entire month to writing (except, maybe my family that may or may not be waiting for dinner at just this moment).

Writing is a huge mountain and yes, it is true, the best always make it to the top. But, nothing is gained by putting others down for trying. The Office of Letters and Light, the non-profit organization that is dedicated to helping writers write is not some nefarious organization that is hell bent on world domination or the destruction of literature. If you are really such a great writer, stop putting other writers down and publish something people want to read.

Truthfully, most people who attempt NaNo will end up doing nothing with the novels they write in November. I know this is true because this is my fourth year doing it and none of my previous novels were ever published. Until this year, when I dumbly posted excerpts, no one had even seen a word I’d written. I did it because it motivated me. It made me dedicate time and effort to a craft that was important to me. It made me think in a different way – and as a consequence, I made it further in long form story telling than I ever could before.

At first, I did it quietly – I didn’t know a single other person attempting it. Over the years, I’ve gained writing friends and built a whole community of writers and artists from whom I draw a considerable amount of strength and inspiration. If nothing ever comes from it, if I never publish another story or write another word, it was still worth it. Because, I put words down on the page and it made me a better person for the effort. That is what art does.

Paradise awaits the writer that supports other artists. Likewise, people that can only build themselves up by putting others down are always doomed to fail.

Don’t blow my candle out to make yours burn brighter, asshole. 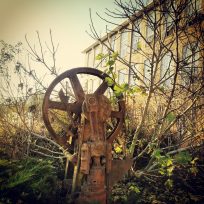 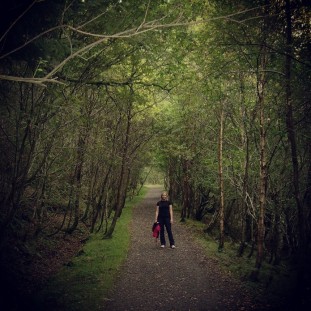 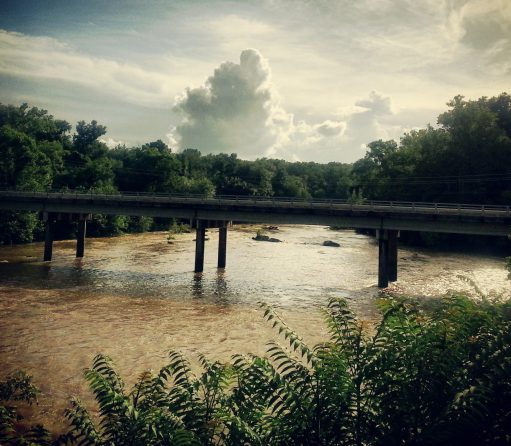 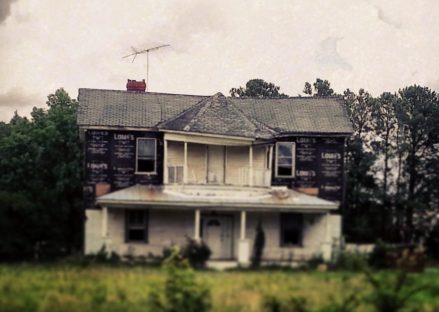